I live happily at Malmi, Helsinki with my wife, dogs, car, 42" TV and three sons. I have sometimes been active in student, citizen, nordic larp, professional and neighbourial organisations. I compose, write lyrics for, and play rock music, read and write, but mostly play with my kids and enjoy vegetarian foods. Nowadays I like making small electronic gadgets and designing 3D printable objects. Occasionally I write some free software or design a board game. 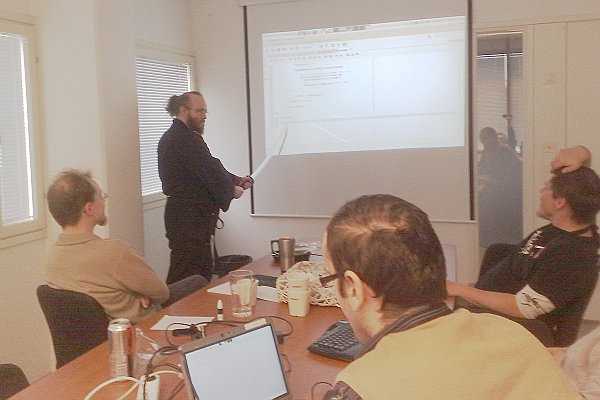